Effects of Marijuana Use

Cannabis is the dried and shredded portions of the marijuana plant, such as the seeds, flowers, stems, and leaves. It is known as hash, weed, pot, and other names. Many people vape or smoke it, but you can also add it to food, oils, or tea.

The different methods of using cannabis might affect your body in distinct ways. For instance, when you inhale the smoke into your lungs, it will be released into your bloodstream quickly, where it can get to organs such as your brain. It can take longer to feel marijuana’s effects if you drink or eat something containing the herb.

There is a debate about the effects of cannabis on your body and brain. Some people notice different psychological and physical effects. These can range from pain relief to relaxation to discomfort. But no matter how you use it, it might cause long-term effects, including increased heart rate and changes in your perception. Depending on your health, it might cause a chronic cough. Read below for other adverse health effects of marijuana use.

Often, the effects of cannabis on your body are immediate. But the long-term effects will depend on how often you use and how much you use it. Because cannabis is regulated heavily in some countries, it is difficult and expensive to conduct studies. However, more people are trying to use marijuana for medicinal purposes.

Similar to smoke from tobacco, the smoke from cannabis may have potentially toxic chemicals in it, such as hydrogen cyanide. These can irritate your lungs. If you regularly smoke, you are more likely to develop a cough and wheeze. It also can put you at a higher risk of lung infection.

Some people believe that cannabis has potential carcinogens in it, which means that it may increase your risk of lung cancer. However, there have been mixed results from the studies on the subject. For instance, according to the NIDA (National Institute of Drug Abuse), there is no indication that the smoke can result in lung cancer. This means that more research is necessary.

THC can go from a user’s lungs to the bloodstream. Then it will move throughout your body. In just a couple of minutes, it can increase your heart rate by as much as 20 to 50 beats every minute. You might have a rapid heartbeat for as long as three hours. Your risk of a heart attack can increase if you have heart disease.

THC can also affect your blood vessels. It causes the blood vessels to expand, which can cause your eyes to look bloodshot. However, THC can lower the pressure in your eyes, which might help ease the painful symptoms of glaucoma.

However, some people believe that there is a potentially positive effect on the system. While the research is not yet conclusive, some studies indicate that cannabis might help stop blood vessels that allow cancerous tumors to grow.

The Brain and Nervous System

Cannabis has effects that can extend throughout your central nervous system. Cannabis is thought by some people to help reduce inflammation and pain while helping with seizures and spasms. On the other hand, some people believe that it has potentially negative effects.

THC can cause your brain to release dopamine, which is a chemical that can make you feel good. That is why getting high can feel so good. It might increase your perception of the world around you. Cannabis can change the way that your brain processes information, which means that it can impair your judgment. This part of your brain is responsible for your memory, which means that you might not remember a lot about being high.

There also might be changes in the parts of your brain that are responsible for balance and movement. You might have altered reflexes, coordination, and balance when you consume cannabis. This means that you should avoid driving while high.

With extremely high doses of THC, you might also have delusions or hallucinations. Those who have schizophrenia may notice worsened symptoms after using THC. Many cannabis users notice that they feel depressed or tired after being high. It is rare to be addicted to cannabis, but its symptoms can include appetite loss, irritability, and insomnia after withdrawing from the herb.

It is better for those younger than the age of 25 to avoid using marijuana. Their brains have not yet become fully developed, so cannabis can have a long-term impact on their memory processes and thinking. Those who are pregnant should also avoid using cannabis since that may affect their unborn child. A child whose mother used cannabis during pregnancy might have issues with problem solving, memory, and concentration.

If you are inhaling smoke, you might have some burning or stinging in your throat and mouth. Cannabis might also cause digestive issues if you use it orally. For instance, some people feel nauseous and vomit after using THC because of how the liver processes it.

On the other hand, some medical marijuana users use the herb to try to ease an upset stomach or nausea. This is especially true for those who are undergoing chemotherapy or other treatments for cancer. When using cannabis, you might notice that your appetite increases. That can cause what some users call the munchies. Depending on your weight goals, that could be helpful or a hindrance.

Cannabis might have an effect on your immune system. Some studies have tested animals and THC and found that it might make users more vulnerable to getting sick. But more research is still needed to understand this.

Overall, more research is needed to determine the effects that cannabis has on both the body and mind. There appear to be some potential advantages, but there are also some things to watch out for. If you are considering using cannabis, consult with your doctor first. It might interact with certain kinds of medications.

What are two potential risks of long-term use of marijuana?

There are numerous long-term effects of marijuana use, and all cannabis enthusiasts and medicinal cannabis users should be aware of this before starting to take cannabis regularly.

What are two potential risks of long-term use of marijuana?

There are numerous long-term effects of marijuana use, and all cannabis enthusiasts and medicinal cannabis users should be aware of this before starting to take cannabis regularly. To this end, it’s worth considering two of the most dangerous risks of long term cannabis use: reduced IQ, memory and recollection abilities and increased risk of developing psychotic illnesses such as Schizophrenia.

Can long-term effects of marijuana be reversed?

There are numerous potential long-term effects of taking marijuana on a regular basis. Some long term effects of marijuana use can be reversed, while other side effects of daily use may be harder to overcome. For example, IQ reductions may be reduced with time and study. Meanwhile, other conditions – such as Schizophrenia induced by cannabis use – may be overcome with medications and healthcare support.

Can marijuana cause long-term anxiety?

Marijuana and cannabis are often used to help reduce the symptoms of anxiety in patients thanks to the ability to reduce stress and promote feelings of relaxation. However, long-term cannabis use can lead to the development of psychotic conditions such as schizophrenia or anxiety. These side effects are most common in people who use cannabis daily or who are heavy marijuana users. 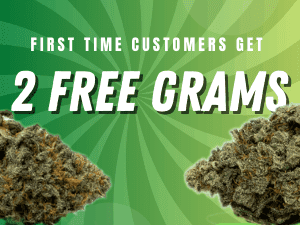